Boss! Leader! Reporting Manager! Sir! Head and there are many other names of this one monster! Ok, ok “Monster” is probably a way too harsh word to be used for a boss but then, I cant help it guys as this is the name they are very much famous with…

But comeon, all monsters are always not bad or all of them need not to have 'devilish' qualities! There are some very sweet monsters (here monster = boss) as well, whom you love and want them to be with you forever. You are just really ready to do anything for them! May be, you can compare them to the genie in Aladdin or the beast in The beauty and the beast. But then there are few furious and scary monsters too, whose one sight can make you shiver and can make your mind throw everything out and get filled with stress and tension automatically! You hate and try to keep this breed of monsters (devil breed) at a safe distance all the time… Am I wrong? If I am, then I would love to be corrected. Plz feel free to drop the comments with your views :D

Anyways, there is this one theory which I have really started to believe in very strongly:  Your complete image depends on your Boss. He can make you a rock star and yes, he can also make you look like a piece of shit! I do not have any proofs to prove this theory right but I am sure, who so ever has dealt with this monster called Boss in any way: good or bad, would agree to me.

If you do something good, till the time your boss doesn’t bring that into the limelight, you really can’t do much about your work! And the ultimate case is even if you don’t work, your boss can make you a rock star. Only if you are a good ass-licker: conditions apply….

That’s the power a boss has… All I wish is if these bosses somehow knew instinctively that their power depends more on their team member’s compliance than on threats...

Now, if you have a sweet and cute monster in your life, you are one lucky chap that I am sure everyone would feel jealous of! And you just don’t have to think about how to deal with this monster in your life as they are sweet enough not to give you any artificial pressure or stress!

But if you have the other monster in your life, the furious one, that’s it, not just you but no one would be able to do much about it… There are just very limited options that you will have to choose from:

If you don’t like working but still want to be a rockstar, you will have to become an ass licker to your boss to the extent that he should love your licking else dude, he can use his power to kick your ass!!!
If you are smart enough, you will handle him in your own smart way. You will not be an ass lickers but yes, you will have your own smart ways to keep youself in the good books of your boss every time. I actually love this category but you really need to have some inbuilt qualities to be amongst them… Not easy…
If you hate to take shit from anybody and is courageous enough, dude I suggest you to cross your boss’s path at your own peril!
And if you don’t give a damn to all the shit, you will find a new job and will just throw your resignation on your boss’s face and walk off. This is another category I love! Atleast you guys are clear enough not to take any shit from anyone and you even know how to rank your priorities in life! The best part of people in this category is they hardly care of what people think of them, all they care about is about their peace of mind and happiness! And also, who knows you get lucky enough to get a sweet monster in next job :)

Whatever it is, just that there are millions of bosses out there that are true leaders: in terms that they are strong enough to stand out like a pillar for their team, they trust their team, they set them free to experiment and explore, who is very well aware of the strengths and weaknesses of each of his team member and also knows when, where and how to use them, he is somebody who believes in sharing the credit of good work with his team and yes, also believes in taking all the blame if something goes wrong on himself!

There are also bosses who qualities are just opposite to the ones mentioned above. Infact, they just think that their team is a bunch of slaves which have been given to him for torturing. This breed of bosses loves to see his team under pressure all the time and when there is no real pressure, these creatures create an artificial one just to torture and torment his slaves. They just and just hate to trust their team member and is always scared to set them free. Perhaps, these kind of bosses feels that if they set their team free, they will set him on fire! Guys, there is a thing called Insecurity!!! Isn’t there?

Anyways, that was an over doze on bosses.

All I want to say at last is do not take your boss seriously, just do not allow them to put an end to your happiness at any cost, just smile and ignore them :) and be happy... because at the end of the day, that is all that matters... 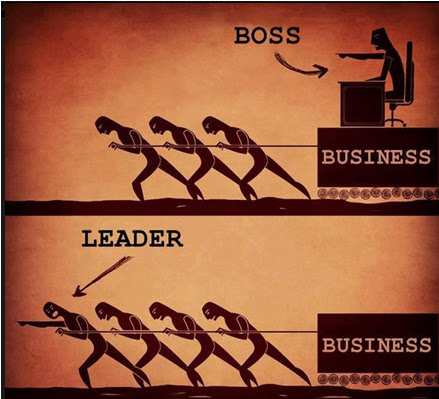 Penned down by shivani singh

A Clash of Kings is the second novel in A Song of Ice and Fire, an epic fantasy series by American author George R. R. Martin expected to consist of seven volumes. A Clash of Kings depicts the Seven Kingdoms of Westeros in civil war, while the Night's Watch mounts a reconnaissance to investigate the mysterious people known as wildlings. Meanwhile, Daenerys Targaryen continues her plan to reconquer the Seven Kingdoms.

If you find any image on this blog that needs to be credited or removed due to any sort of copywrite issues, please do write me @ shivi100@gmail.com and I will be more than happy to do the needful:)

Also, all the work here on this blog is MY property and is copyrighted. Yes, with ALL RIGHTS RESERVED! If you want to use any of it, feel free to drop a mail @ shivi100@gmail.com and I will be more than glad to share it with you:D

New 2 Tweeting but luving it:)